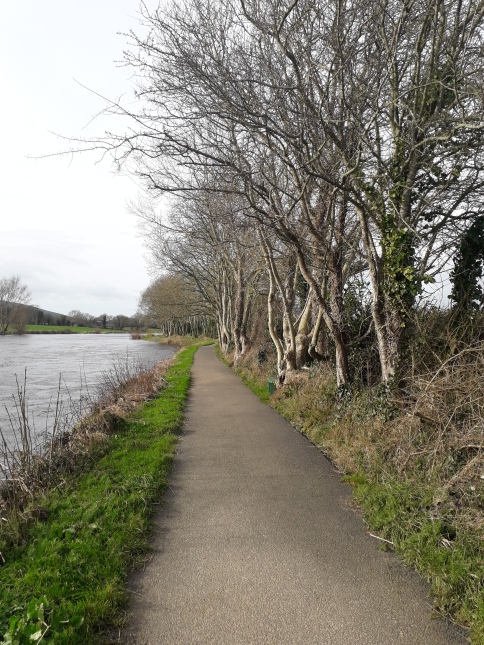 My first day walking the Irish leg of the E8 (the bits I hadn’t already done) started at Carrick-on-Suir. As mentioned in the previous post, I’m relying a lot on public transport due to the linear nature of the path and the car being needed elsewhere. But that’s a plus as far as I’m concerned – public transport is less conducive to climate change – and not having a car means you don’t have to worry about where to park it. And I wanted to explore the lesser appreciated and worthwhile parts of our train network.

I reached Carrick-on-Suir by travelling north by train; the line starts at Limerick Junction so it can be reached from Dublin also. The Waterford to Limerick line has been neglected by Irish Rail, limiting the service to twice a day Monday to Saturday, even though only one of the stations I passed through had no passengers. This neglect extends to not even including its stations on the booking machines, which led to awkward situations when I couldn’t get a ticket! (Booking online probably a better idea.) That said, the trains themselves were pleasant, modern and comfortable – though slow, probably due to restrictions on the line. The train leaves Limerick Junction at 9.40 a.m. and arrives into Carrick-on-Suir at 11. Google Maps recommended a place called Cafe West on Bridge Street. It was simple, friendly and unpretentious; I had beans, tomato and potato cakes washed down with a mug of coffee. Then I went to SuperValu next door and loaded up on calorific nibbles before hitting the path at 11.55.

This stage of the East Munster Way follows the River Suir as far as a town called Kilsheelan, then turns inland through forest paths, adding a bit more variety to the path. I made a mistake, misread a sign and kept following the river to Clonmel – but the mistake turned out to be a lucky one. Had I taken the way marked route, it would have been 25km rather than 22.5km – walking the shorter route gave me ample time to catch the 5.15 evening train back to Limerick Junction. And it was pleasant to walk along the river valley, passing the Gothic follies, ruined churches castles, mansions and watching a goldfinch surf the gusts of wind while herons stalked the banks like the magnificent bosses they were. The river is parcelled up between various angling clubs who hang out their heraldry of “STRICTLY PRIVATE – CATCH AND RELEASE ONLY”. At one point I saw a little bower made out of willow branches: 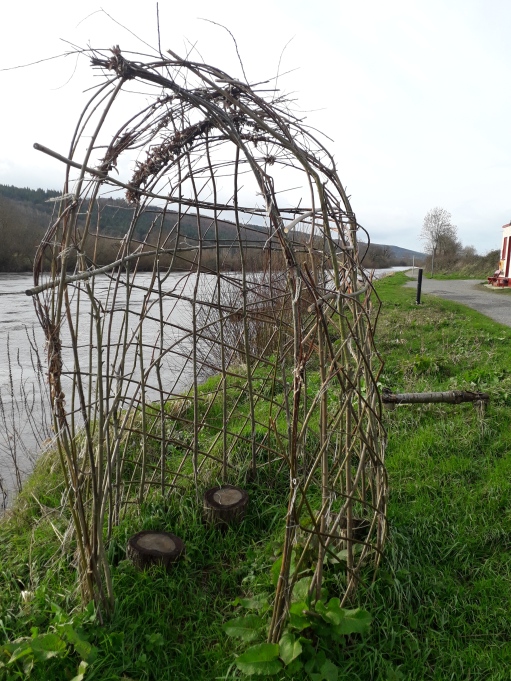 (I will mention here that the route was paved all the way, which did not do much for my feet or legs! But the scenery was very lovely.)

There is something so tranquil about exiting the constant urgency of life and the barrage of events, news and normal daily routine just to put one foot in front of the other. I enjoyed the walk right up to the end, which was marked by a flood barrier in Clonmel town. To be fair, the people of Clonmel have the right not to be flooded, and the barrier did not intrude on the river at all, or its varied life.

Once again relying on Google Maps, I walked from the end of the river track to Clonmel train station. Just before reaching it, I saw a sign for a bar called Coopers and wandered in hoping to get a glass of wine in before the train back. I was greeted by a roaring fire in a stove and a full dinner menu. With half an hour to spare, I ordered a falafel burger and chips with the wine. It was absolutely delicious. I can recommend dropping in here if you follow my route. I was served promptly, was finished by 5.08pm and in my train seat at 5.15. 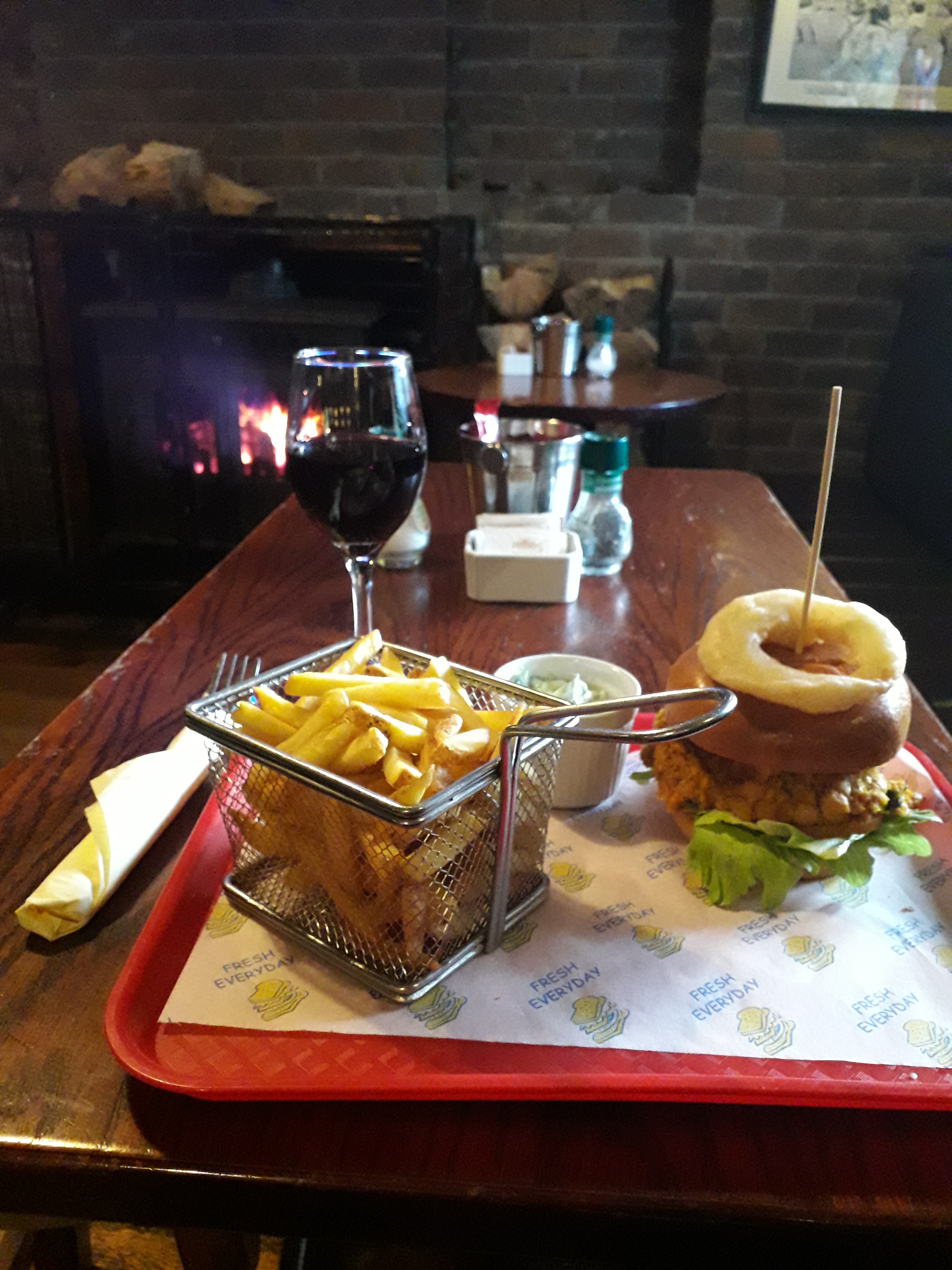